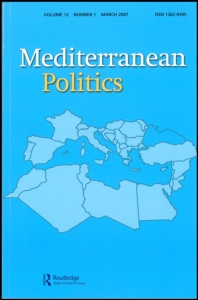 ABSTRACT
This paper investigates the impact mobilized publics have had on Yemen’s domestic political environment by examining two case studies initiating collective action,with autonomous agency, yet with distinct diﬀerences in access to resources.

The ﬁrst case is the Marib Cause, a semi-organized, non-registered community group that protests corruption and demands basic services, employment opportunities and resource redistribution for the beneﬁt of a marginalized region. The second is al-Watan (Homeland), a registered political party established by youth activists who had been involved in the 2011 movement. Both groups emerged as a resultof the transformation period, which resulted in an opening up of the politicalsphere allowing these actors the opportunity to engage in collective action withthe goal of impacting policy. The role of these two mobilized publics is analysedby examining their resources and strategies within the political context andtactical interactions between them and the PRE. The two cases represent levelsof popular mobilization speciﬁc to an exceptional time. Although they were notable to directly inﬂuence Yemen’s transformation process, their potential impacton the long-term political, social and cultural environment is signiﬁcant.

Published in: The Oxford Handbook of Contemporary Middle-Eastern and North African History

View all posts by Atiaf